Lord of Dreams • The Shaper of Sleep

Morpheus and his brothers are both Primordials and
Olympians. He is included in this section because of
the close connection to his father Hypnos. His father is
the Primordial of Sleep and his mother the Olympian
Goddess of Drug-Induced Trances. As something less
than a Primordial, Morpheus has a definite physical
form, that of an attractive youth of pale skin and dark
hair. Lately, he has taken to some of the Modern Earths,
and has been styling his hair and dressing in a modern
Goth fashion. He is a master of metamorphosis, and in
some of his forms appears with angelic wings, which he
has lately styled black rather than white to suit his new
fashion.
Aside from this, his descent from Hypnos and his
father’s trust allows him to travel by sleep or physically
through the Ivory or Brass Doors to the Dream Realm.
Here, he rules as regent in his father’s name. He is master
of the Dream Realm—only his father can match his
power there. In the Dream Realm, he cannot be slain,
whereas others who die in the Dream Realm might die in
reality if fate, Hypnos, and Thanatos wish it. He can take
on any form he wishes, often participating personally in
playing the role of another being in a dream.

Morpheus is the eldest and most significant child of Hypnos and Pasithea, born of a marriage arranged by Hera, no doubt as a means to augment her power. He was welcomed by Hypnos, who gave him the largest share of power in adulthood, more so than any of his brothers. Since then, Morpheus has used that power to help govern the Dream Realms and follow Hypnos’ sometimes unfathomable plans, giving visions both true and false to men and gods as they sleep. Morpheus was wed to Iris, the messenger of Olympus. This was a marriage of love, as he was smitten by Iris when Hera once sent her to communicate a message to the Dream Realm. In the physical universe, they almost never see each other, but Morpheus visits Iris in the Dream Realm almost nightly as she sleeps 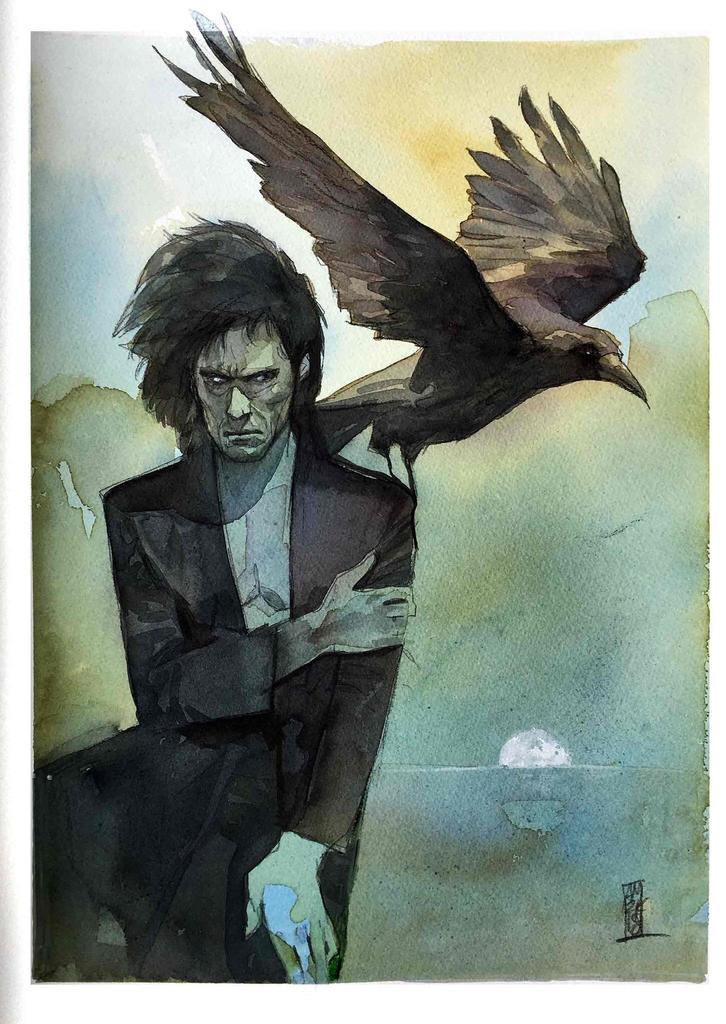