The granddaughter of Pontus and Gaea, Iris is the
messenger of Olympus and personal messenger to
Hera. She travels at incredible speeds that few are able
to match. She sends communications from Olympus to
any point in the multiverse.

Iris is the daughter of Thaumas, son of Pontus. Thaumas is the God of Sea-Wonders. When he wed Electra the air-Nymph, she gave birth to not only the hideous Harpies, but also the pretty and fair Iris. She is a beautiful and young, blond athletic girl, who bears wings at times. Her sister Arche is even more fair with brilliant iridescent wings. The two sisters were twins, but never got along, since Arche was fairer, but jealous of the more-beloved Iris. When the war broke out between the Titans and the Olympians, Iris turned against her family to serve Zeus. She watched as Zeus tore off her sister’s wings with his bare hands and her parents were cast into Tartarus. Iris was rewarded for her service with the title of Messenger of the Gods. Iris also gained the promise of mercy for the Harpies, who were allowed to live freely in the multiverse. Iris turned against her family and joined with Zeus, because she had been originally directed to wed her cousin Zephyr, who is one of the four winds. She did not care for him, so joining the Olympians gave her the chance to escape this unwanted marriage. She gained the freedom not to have to marry—her insistence on this independence gained the favor of Hera. She came to like Iris and brought her into her circle of allies. Zeus, on the other hand, sometimes distrusts Iris, knowing that she is more loyal to his wife than himself. He often prefers to make use of his son Hermes, the other messenger of Olympus. Iris eventually married when she fell in love with Morpheus after delivering a message to the Underworld. The two live apart, but he visits her every night in her dreams. It is the perfect situation for Iris, as she gets attention and devotion from her husband, but is not stifled by the duties of a wife. The physical distance between them lets her keep her freedom. 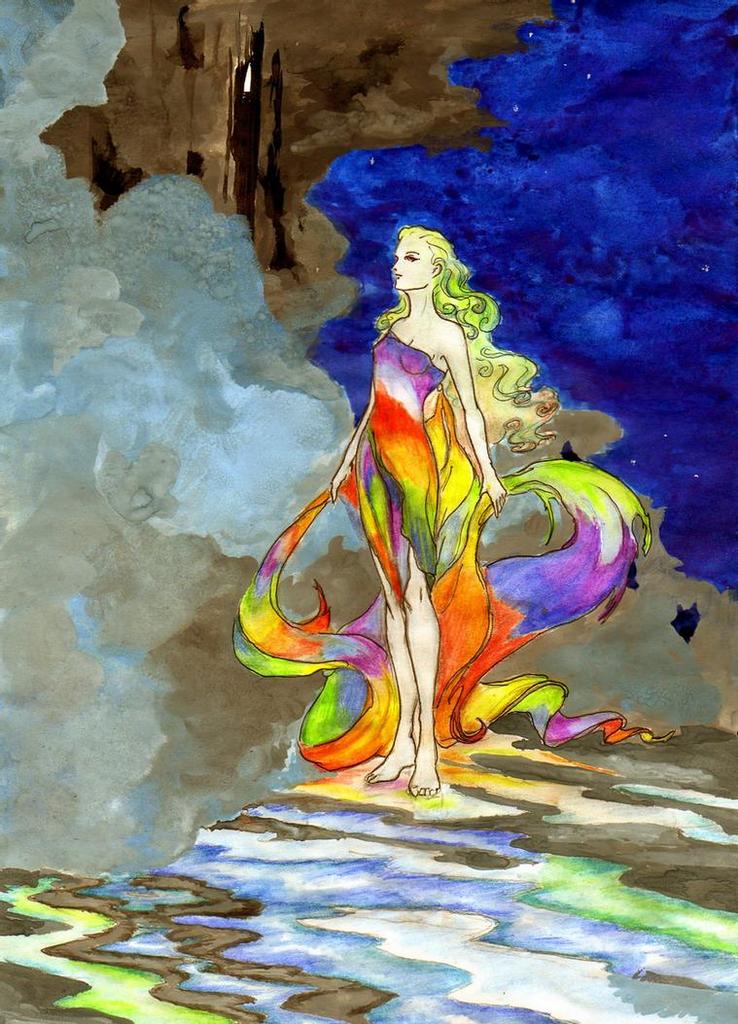