The God of Strength, The Glory of Man, Paragon of Mortals

Heracles appears as a tall and mighty-muscled man, with a slightly unkempt
beard, armed with a great club, and wearing the skin of
the Nemean lion on his back.

Heracles is the son of Zeus and Alcmene. His mother
was a mortal woman, but descended from a mortal
son of Zeus, four generations removed. She was tall,
beautiful, and of great wisdom. Zeus disguised himself
as Alcmene’s husband and made love to her— Heracles
was the result of this union after seven days of agonizing
labor. Hera despised the child from the moment of
birth, as she did any of Zeus’ bastard children. She sent
two serpents to slay the infant in his crib. Heracles was
a baby of unusual strength, however, and strangled the
snakes with his bare hands.

Hera decided that she would manipulate Heracles’ life
as punishment for being born. He trained as a musician
in his youth, but Hera affected Heracles mind, causing
him to murder his teacher. He was sent away to avoid
punishment and forced to live as a herder. He became
famous for his incredible strength. Fortune was on his
side for a bit and he fell in love with a princess named
Megara. The two wed and were happy until Hera
discovered this and drove Heracles to madness again,
leading him to murder his own children. When his
madness lifted, Heracles was horrified and went on a
pilgrimage to the Oracle of Delphi to repent. The Oracle
predicted that his life would be amazing and glorious,
but his destiny first required serving the mortal King
Eurystheus for a decade. This king worshipped Hera, so
Heracles hoped to also prove himself to her. The King
despised Heracles and set a series of impossible tasks
before him, quests he was certain to never survive.
He first sent Heracles to slay the Nemean Lion, a
monstrous beast. Heracles slew the beast, skinned it,
and wore its hide as armor and a cape. When Heracles
returned, Eurystheus was so terrified that he fled and
refused to see him, fearing for his life. The King sent all
subsequent tasks by way of heralds.
The next two tasks were to slay a Hydra and capture
a golden-horned stag, which was the favored pet of
Artemis. Heracles completed this task, but later freed
the stag from the King’s palace to prevent angering the
spiteful goddess. Heracles then captured a monstrous
boar and cleaned the vast stables of the wealthy Augeus
for the next two tasks. Whereas normal men would
require thirty years to clean the stables, Heracles
completed the task in only one day by using his
strength to change the course of two rivers. Heracles
slew the man-eating Stymphalian birds and captured
the mighty Cretan Bull for his sixth and seventh tasks.
He attempted to offer the bull as sacrifice to placate
Hera, but she refused it. His next four tasks consisted
of capturing a group of man-eating horses, stealing the
belt of the Amazon Queen Hyppolita, herding the cattle
of Geryon, and taking an apple from the garden of the
Hesperides. On the way to the garden, he met Atlas, who
attempted to trick Heracles into holding up the sky for
him. Heracles was initially fooled, but turned the tables
on Atlas, imprisoning him once more. The garden of the
Hesperides was Hera’s realm—she was certain that the
mighty dragon Ladon, which guarded the realm, would
finally slay her hated enemy. To Hera’s dismay, Heracles
defeated Ladon and secured one of its magic apples.
Heracles’ final task was descending to the Underworld
and capturing the hell-hound Cerberus. In order
to complete this task, he learned the secrets of the
Promethean Road from the Eleusinian cult. By this time,
Heracles had become a legend even among the gods. He
was given assistance by Hermes, Athena, and Hestia—
they all wished to thwart Hera’s plans for his death.
Instead of stealing the beast, Heracles went to Hades
and asked for permission to take the hound to Earth.
Hades agreed, provided Heracles could defeat the beast
in battle without using weapons. Heracles wrestled
Cerberus and won, taking it to Classical Earth and
proving his task complete. Cerberus was then returned
safely to the Underworld.

With all his tasks completed, Heracles joined the
Argonauts, the greatest group of mortal adventurers in
all the history of Classical Earth. In the course of these
adventures, Heracles fell in love with the mortal Princess
Iole. Her father was against the marriage, so Heracles
overthrew and slew the King, placing Iole’s brother on
the throne. Heracles and Iole were wed and happy, until
Hera once again affected Heracles’ mind, causing him to
murder his wife.

To atone for this crime, Heracles was forced to become
the slave of Queen Omphale of Lydia. She humiliated
Heracles, forcing him to dress in women’s clothing and
do women’s work. Heracles was so obedient to her for
three long years that the Queen fell in love with him and
freed him. Heracles wandered again, eventually meeting
a group of mischievous wood Nymphs. These Nymphs
had a young brother, Hylas, with whom Heracles fell in
love. He took Hylas on his adventures and again joined
the Argonauts. After a time, however, Hylas grew older
and fell in love with a water Nymph, leaving Heracles.
Heracles had many other adventures and lovers, until
eventually recruited by the Olympians to aid them in
their war against Gaea’s monstrous Gigantes. It was
prophesied that the gods would only be victorious if
aided by the most powerful mortal hero—Heracles fit
the bill. He fought with great valor, slaying the Gigantes’
leader and killing more of the giants than any other
deity. He was finally rewarded with immortality by Zeus
at the end of the war.
After he became a god, Heracles continued to engage
in wondrous tasks. Admiring Atlas, Heracles petitioned
Zeus for mercy and so it was granted. Heracles raised
two great pillars to hold up the sky, so that Atlas could at
last rest. When Heracles’ friend and mentor was dying,
Heracles fulfilled the Centaur’s last wish—he took
Chiron to Tartarus as a replacement for Prometheus,
liberating that Titan from his imprisonment.
Heracles married the youthful goddess Hebe, the
daughter of Zeus and Hera. This marriage was ordered
by Zeus to make peace between Hera and Heracles.
The two have been happy together, bearing two sons,
Alexiares and Anicetus 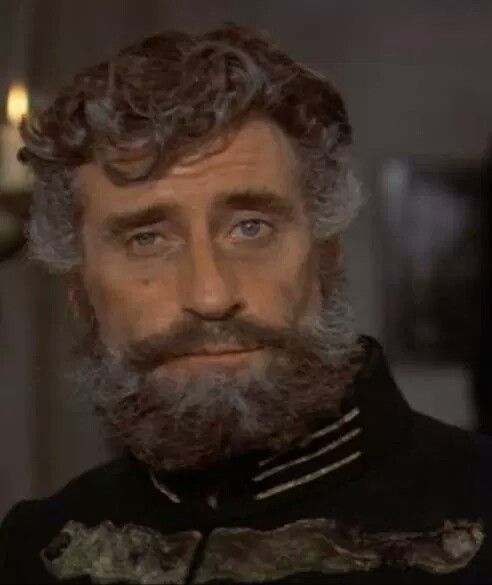