Hera is a beautiful, but not a young woman. She dresses in modest, royal robes with a crown on her head, wielding a lotus-tipped staff of authority.

Location
Hera is almost always on Olympus. She rarely leaves the realm of the gods. On the rare occasions when she does, it is almost always to rest and recover in her Garden Realm. For any other task that would require travel to other worlds, she prefers to send her messenger
Iris or other trustworthy agents to act as her proxy. 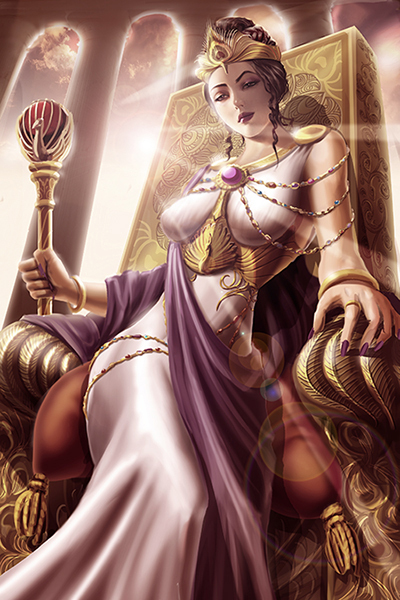