Scion of Athena: Goddess of the Mysteries of the Mind. 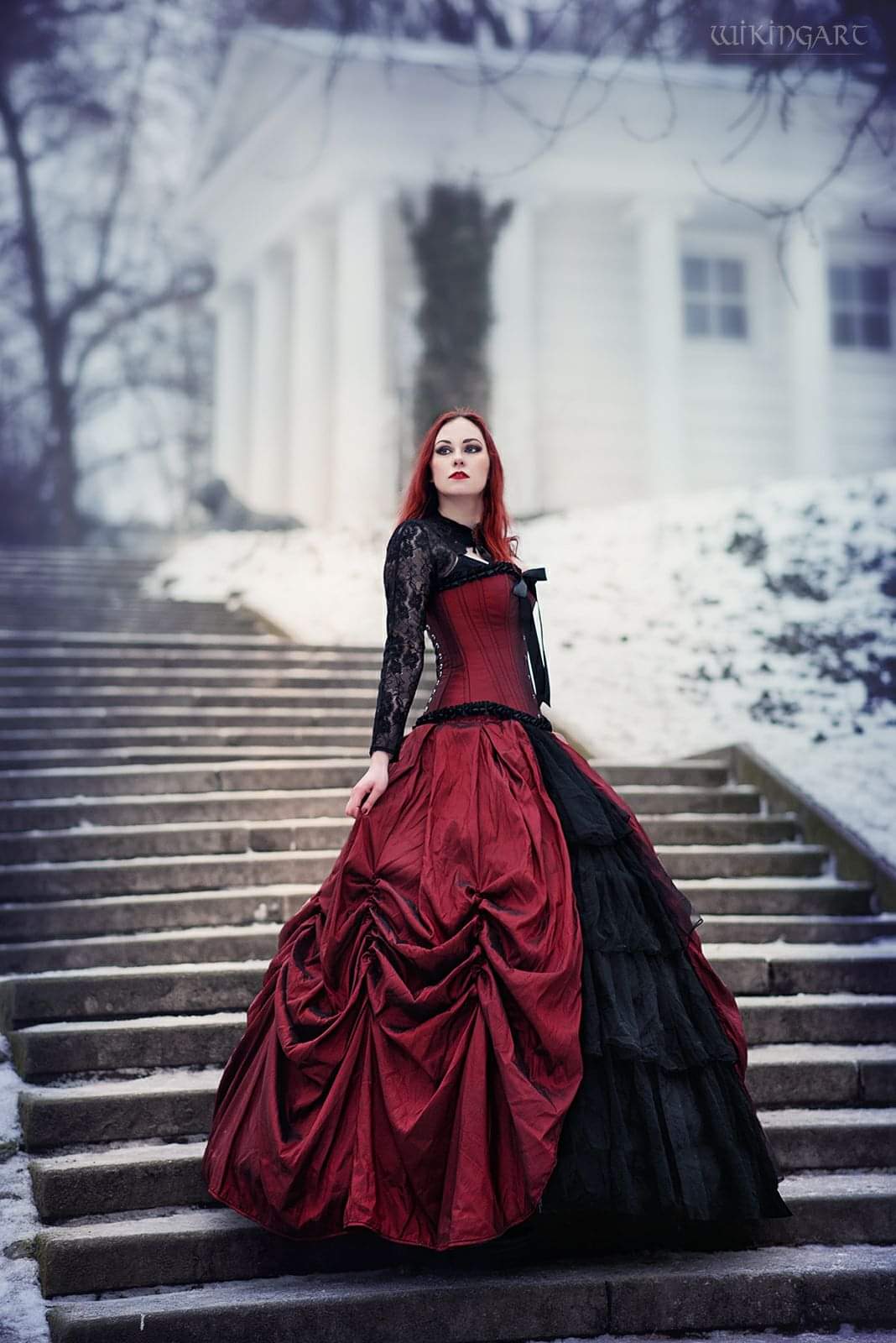 Grace Victoria Alexandria Nash grew up on the Nash plantation in Charlottesville Virginia on her Earth. She came of age during the dawn of the American Revolution. The events of the revolution that made history did not change on her earth, but many events of history occurred because of a secret history. As a young woman Grace found herself serving in the machinations of Themis ( and some allied deities) and Poseidon (and some allied deities) who were functioning in the background of the war and used Human proxies as ways to defuse millennia of divine tension. She also came to be aligned with The Count of St. Germain, an agent of Hermes, fighting these conflicts with the senior man teaching her some of the deeper mysteries of the family.

Grace was introduced into the Cult of Athena under the direction of Benjamin Franklin. She became their point agent rapidly during that time. Athena brought her to Olympus and with the blessing of Zeus granted her the gift of immortality. Athena revealed her birth mother served as one of the cultists through the Randolph Family (her shared cousins with Thomas Jefferson.). She blessed her birth mother (with one of her ova) because she was a good servant but was barren. Athena revealed these truths because she needed Grace to protect the Colonial Diplomatic coalition from Eris. The other Olympians by this point in the war had tired of fighting through Proxies and most of the powers supporting and opposing the colonials ad left the field (except of course Eris).
During this time she began a series of correspondences with occultic figures on the Continent (Mesmer, Louis Claude de Saint-Martin, Alessandro Cagliostro, Emanuel Swedenborg, Giacomo Girolamo Casanova, Voltaire, and other notable figures of the period. She fought and (she thought) defeated the forces of Eris. But in reality what Eris built in the final years of the war was a pernicious cult which came to be known as the Bavarian Illuminati. Grace’s immortality was spent in conflict with the Bavarian Illuminati and the master plan Eris set them to work with.
Grace fought the Bavarian Illuminati in the French Revolution (Were Dionysus and Eris were allied for a time). She found her way to Latin America were the Erisian’s and the Illuminati were Supporting Monarchs only to corrupt Republicans into dictators. Athena brought her back to Europe to lead Olympian Agents working behind the scenes in the Liberation of Greece from Turkic influences. There she found and dealt with older and more complicated things. Once that matter was done Eris resumed her work behind the scenes in the revolutions of 1848. On her 100th Birthday she decided she was tired of dealing with Eris and her cults. They came to terms during the Crimean War and following that period Eris withdrew her active support from the Illuminati…. but they became pawns of various old cults to the Giants and the Titans. The lack of Eris as an official sponsor however meant as the dawn of the 20th century came the Illuminati no longer required Grace’s full attention.
She continued correspondence with noted intellectuals of the day and occultists. She was deeply in correspondence with the Theosophists, The Early Golden Dawn founders (with the blessing and collaboration of Hermes).
The 20th Century saw Grace adventuring from her Earth to other worlds (and other earths). She came home more out of a sense of obligation and interest and amusement. Freud and Jung she had to attend to, Jung most especially. She ended up being pulled into proxy wars between her mother and Ares as well in the 20th Century. However, she was no longer a “Legendary Hero” to many of these cultists. She was a full-blown Demigoddess and if she was there something significant was wrong. 1933-1945 she never left her how world. Titans, Old weapons of the war, Ancient Thule cults….there were dangers under the surface. She spend 1945 to 1950 (the start of her 3rd century of life) in Switzerland. It was there that she felt something in this world reach out to her. Her own divinity awoke while taking hallucinogens with Jung in the mountains of Switzerland. Thus her role in the Machinations on Olympus changed again. She was more than a skilled operative now. She was a goddess in the early days of her power and in the early days of shaping her role in the multiverse.

Grace’s relationships in the Court of Olympus:
Athena:
Athena is her mother and one of her advocates, however the two have grown distant over the centuries. As Grace is no longer her Little Owl (the name for the Principle Agent of Athena) She does find time to work with and assist her daughter in their respective machinations. Though both are sufficiently pragmatic about things.
Themis:
Themis was her first mentor in the family. Like many people who know you when your youngest Themis still remembers a passionate and intellectual woman from Continental America. Their relationship is such that Grace would be sympathetic or interested in anything Themis needed or asked of her.
Hermes:
Grace and Hermes had an extensive working relationship early in her days as a servant of Olympus. She even Mentored a Daughter of Hermes during the events of World War I. Something happened in that period and they are not particularly close anymore. Though a Century as passed since those events (in Earth Time) so its possible some of those difficulties have settled down.
Eris:
Grace and Eris have evolved into a “Frenemy” relationship. Made more complicated for both of them as their respective Mantles are very close to each other. Grace had been Enemy number one for most Erisian Cults on her earth for over a century and as she explored other worlds she finds the legacy of her feud with Eris still as rippled in the Multiverse Proper.
Tyche:
When she was deeply at war with Eris Tyche treated her like she was her own Daughter. Since she settled her difficulties with Eris Tyche as become cold towards her.
Dionysus:
No one is clear with were their relationship comes from. They both touch on something primal and deep within the human mind. Beyond their disagreement during the French Revolution she refers to a time when she rented a house from him in New York or London.
Hera and Zeus:
Not much is known, but there is gossip involving her doing a favor for Hera that involved getting Zeus out of a situation he had fallen into. Something involving a world where Zeus was living as a professional gladiator. Zeus is not negatively inclined to her (and as positively mentioned how she reminds him of her Grandmother. To the Consternation of Hera). Hera however is grateful for the assistance she provided.
Hephaestus:
He assisted her in outfitting herself with magical weapons. But he is of a mind she should take up the forge and follow her mother’s artisan traditions. They grew apart after that.
Ares:
Before her Godhood as the Little Owl of Athena she on several occasions on her world thwarted the Schemes of Ares. However during the Greek Revolution in 1830, The Crimean War, and World War 2 she has worked favorably with Aresian cults and with the approval of Ares. Though he like his often Paramour Eris would likely be classifiable as a Frenemy to her. Though they had less animosity (Grace and Ares) then (Grace and Eris)
Poseidon:
They have some bad blood likely though they have put that aside in the past on common points of interest.
Other Gods:
During some of her adventures in the Multiverse proper she came upon a world with the Aesir on it. She as made connections with Thor, a Son of Thor, and Odin. Rumor of meeting a Agent of some sort of a Monkey God are also included in stories she doesn’t tell except when sufficiently drunk enough. 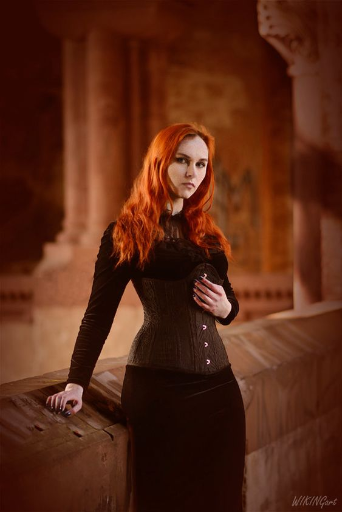