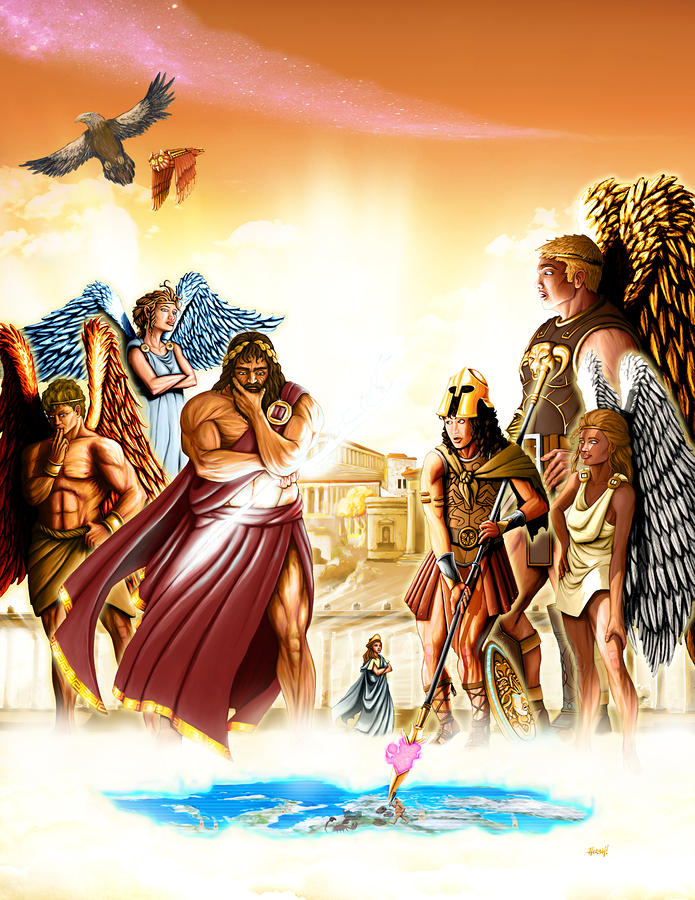 Lords of Olympus is a roleplaying game of highpowered, multidimensional, mythological fantasy. It is also a diceless game, which is to say that it uses no dice, cards, or randomizers of any kind in its basic rules. Two or more players are required for play. As with other roleplaying games, one player must act as the gamemaster, who guides the story and referees the action within the game.
Players take on the roles (or characters) of demigods— children of Olympians, Titans, and Primordials. In comparison to many roleplaying games, player characters in this one wield immense levels of power, far beyond those of normal men or even heroes. They have access to gifts and powers of the gods, and are not bound to their world of birth, but can travel to the divine realms and other realities. Their mortal backgrounds may be from the classical or modern worlds, or they may even have been raised in Olympus, the Underworld, or the ocean realms of Poseidon. They may get caught up in the plots and schemes of the sprawling and dysfunctional divine family of the gods, making allegiances and enemies. They may find themselves forced to take sides and fight in great celestial wars between the gods. They may try to save all of creation from cosmic threats that could topple Olympus itself.